Paramount | NEWS | Top 5 Things to Know in the Market on Tuesday, September 15th

Top 5 Things to Know in the Market on Tuesday, September 15th 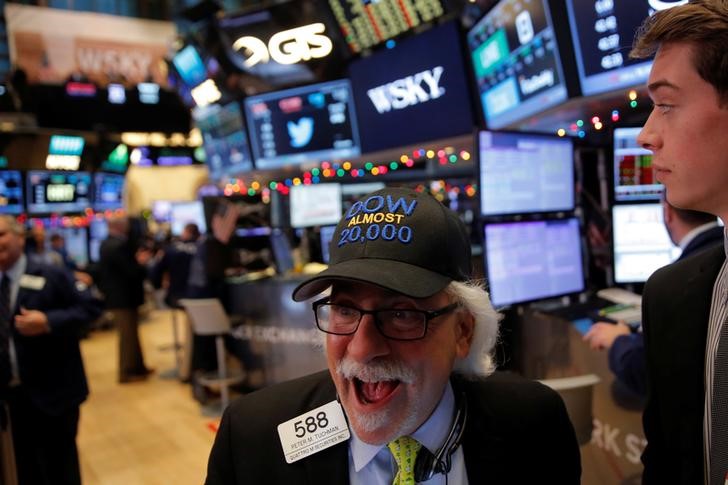 China’s economy continued its rebound from the coronavirus pandemic, with a round of key data for August all coming in above expectations.

Retail sales returned to growth in year-on-year terms for the first time since the pandemic erupted, rising 0.5% as movie theaters and other entertainment venues reopened. Industrial production growth accelerated to 5.6% on the year from 4.8% in July, while fixed asset investment, typically the engine of Chinese growth, improved to a decline of only 0.5% on the year.

The data sent the Chinese yuan to its highest level against the dollar in 16 months, while the CSI 300 stock index rose 0.8% and the ChiNext growth stock index rose 0.9%. Copper futures also stayed strong at around $3.07 a pound.

The U.S. will also publish its industrial production numbers for August, at 9:15 AM ET (1315 GMT). Analysts expect a 1.0% increase on the month, while the year-on-year rate is expected to improve only modestly from an 8.2% drop through July.

In addition, there will be the Empire State Manufacturing index at 8:30 AM and the regular update from Redbook Research at 8:55 AM.

The numbers come as the Federal Reserve begins its regular two-day policy meeting. No change in key policy tools is expected, although there will be the usual scrutiny at chairman Jay Powell’s press conference for any change in its forward guidance language.

Economic data out of Europe overnight was also encouraging, with Germany’s ZEW sentiment index – the first of the big gauges of sentiment to be released – defying expectations for a fall, thanks to a sharp improvement in the assessment of current conditions.

U.S. stock markets are indicated to open higher, extending Monday’s sharp gains, supported by conviction that the growth narrative underpinning tech stocks is still intact, and that the market’s technicals are still healthy.

Stocks in focus later will likely include Oracle (NYSE:ORCL), whose mooted deal with TikTok will face a rigorous U.S. security review. In addition, there will be earnings updates after the bell from Adobe and Fedex.

The confidence surrounding tech stocks is being illustrated by the course of two eagerly-expected IPOs.

Snowflake raised its IPO marketing range on Monday to $100-$110 a share, well above the initially touted $75-$85 and valuing the cloud data firm at north of $30 billion. Berkshire Hathaway (NYSE:BRKa) and Salesforce (NYSE:CRM) Ventures are reportedly set to invest large amounts in the company through the deal.

Software company JFrog also raised its marketing range to $39-$41 a share from $33-$37 previously. At the top end of its new range, JFrog would be valued at $3.8 billion.

Both deals are set to price later Tuesday and begin trading on Wednesday.

Crude oil futures regained some momentum, as the Chinese economic data helped it to shrug off yet more gloom from the International Energy Agency’s monthly report. The IEA joined OPEC in trimming its forecast for oil consumption this year, by a further 300,000 barrels a day.

Newswire reports suggested that Chinese refinery runs had stayed strong in August, but noted that they may be merely serving to replace crude stockpiles with stockpiles of refined products.

Elsewhere, the risk of fresh disruption to production in the Gulf of Mexico appeared to recede as the storm front Sally was downgraded to a Category 1 hurricane. It’s expected to make landfall between New Orleans and the Florida panhandle, well away from the Gulf’s refining complex.